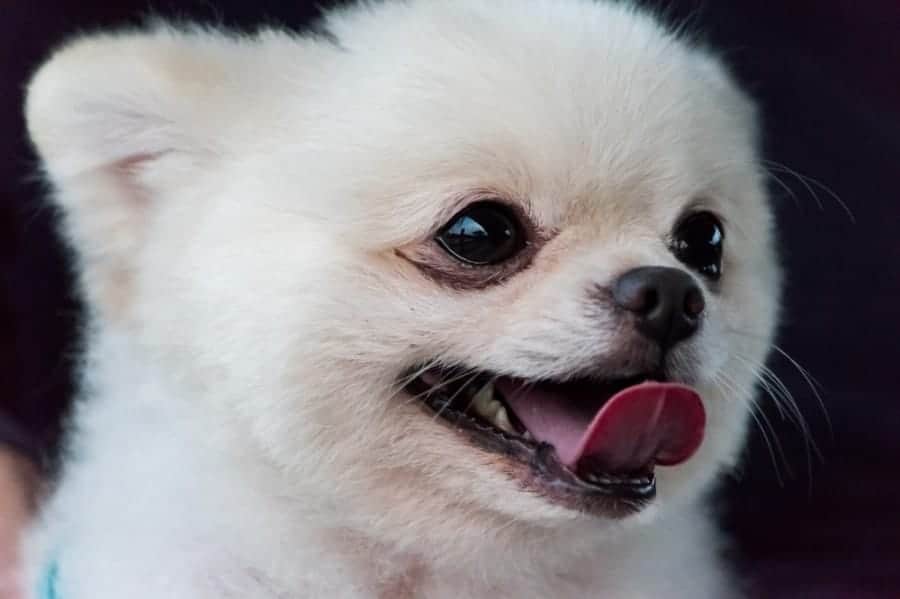 Your own trachea is the tube that carries air from your nose and mouth down through your throat and directly into your lungs. Your dog has a tube that is pretty much identical except for the position.

If you hear someone say that a trachea can collapse and that some dogs (or people) are particularly prone to this, it sounds truly frightening especially for concerned pet owners. So what are some natural remedies for collapsed trachea in dogs?

There isn’t one cause for a collapsed trachea and you will be glad to know that no matter what causes it, it isn’t as scary as it sounds. Some dogs do seem to have a genetic predisposition to a weakened trachea as they may be born with tracheal cartilage that is not as strong as it should be.

Natural remedies for collapsed trachea in dogs aren’t a substitute for some medical advice, but the first thing to do is to become educated about the condition. Many people who are experienced dog owners and have had several mixed-breed dogs may say they’ve never even heard of a collapsed trachea. This could be because they weren’t aware of what really happens when a dog gets this condition or it could be they had a dog that wasn’t particularly prone to this.

Dog owners who have mostly had large breed dogs may have less chance to be familiar with a collapsing trachea or similar conditions. Small breed dogs including Yorkshire Terriers, Pomeranians, and Toy Poodles are a little more likely to be born with a weakness in the cartilage within the trachea. Sometimes small dogs are misdiagnosed at first, so this is an issue that can appear to be something else.

Generally speaking, the issue will recur if it is a chronic collapsed trachea issue that requires the owner to get veterinary care and be familiar with natural remedies for collapsed trachea in dogs. Symptoms tend to develop or increase when the dog is in the mid-life stage. Some breeds don’t show any signs until later in life.

Signs of Caution for a Tracheal Collapse

The early symptoms of a tracheal collapse problem don’t always mean the same thing, so it is important not to panic every time you see your Pomeranian with a cough. If a cough becomes persistent or happens at certain times, you will know it might be something to be cautious about. Some signs to watch for include:

What is Happening with a Collapsed Trachea?

If your dog does have a collapsing trachea, you certainly want to know what is going on during an incident. The tube that makes up the trachea is made up of stacked cartilage rings, not unlike a vent hose from a clothes dryer. The rings allow the trachea to keep its strength but to also remain flexible so the dog can move well.

The actual cartilage rings are really shaped in a semi-circle instead of a zero and if they are not strong enough, they can become constricted. If the rings collapse it reduces the amount of air that can pass through the tube.

If you put a drinking straw in your mouth and draw air through it, you can probably breathe fine, but if you pinch it nearly shut you cannot get enough air. This is what happens to a dog with tracheal collapse. The dog typically panics and begins to cough hard which usually produces the typical “honk” sound that is classic for this condition.

Until the dog can get enough air again, the coughing spell will continue. Simply put, these are good reasons to find effective home and natural remedies for collapsed trachea in dogs as well as over the counter throat soothers specifically made for treating collapsed tracheas in dogs.

Diagnosis for a Collapsed Trachea

A veterinarian may put pressure on the dog’s neck under controlled conditions to see if it collapses easily. If it does and the dog begins coughing and showing any other signs of tracheal collapse, this is a simple sign that the dog may have the condition.

If an absolute diagnosis is needed it’s possible to get some confirmation from x-rays taken during an event. There are advanced tests using fluoroscopy or bronchoscopy that are better for full confirmation.

Medical Intervention for a Collapse Trachea

A veterinarian may prescribe simple medications like prescription cough suppressants, anti-inflammatories, corticosteroids, or bronchodilators. If the dog has a severe case and it’s easily brought on by stress, a veterinarian may recommend a sedative or other psychotropic medication. Other medications may be needed if the cause is specific.

For example, if the dog has had a bronchial infection it’s possible to get an antibiotic that will cure that trigger. Sometimes dogs with this condition have other conditions that trigger it. Dogs with heart or lung problems or other organ issues may be more prone to tracheal collapse. Treating the underlying issues is also important, so exploring home and natural remedies for collapsed trachea in dogs is crucial.

Some things you can do at home to prevent or improve the situation include:

There are many over-the-counter and natural supplements that can be used to reduce the chances of infection, boost the immune system, and soothe the trachea. Here are some great ideas for natural remedies for collapsed trachea in dogs:

In the end, any dog that ends up being diagnosed with a collapsed trachea will be able to live a long and happy life. While it’s not an ideal state for any dog to live under, it’s better than a fatal condition. Also, it generally doesn’t cause any pain.

If you’re among the pet parents looking for an over-the-counter solution for your Pomeranians collapsed trachea, you’ll most definitely want to look into getting them throat soothers and cough medicines that provide comfort as well as using a no-pull dog harness whenever you go for a walk. Both of these we’ll definitely ease whatever discomfort your dog has when it comes to having a collapsed trachea.