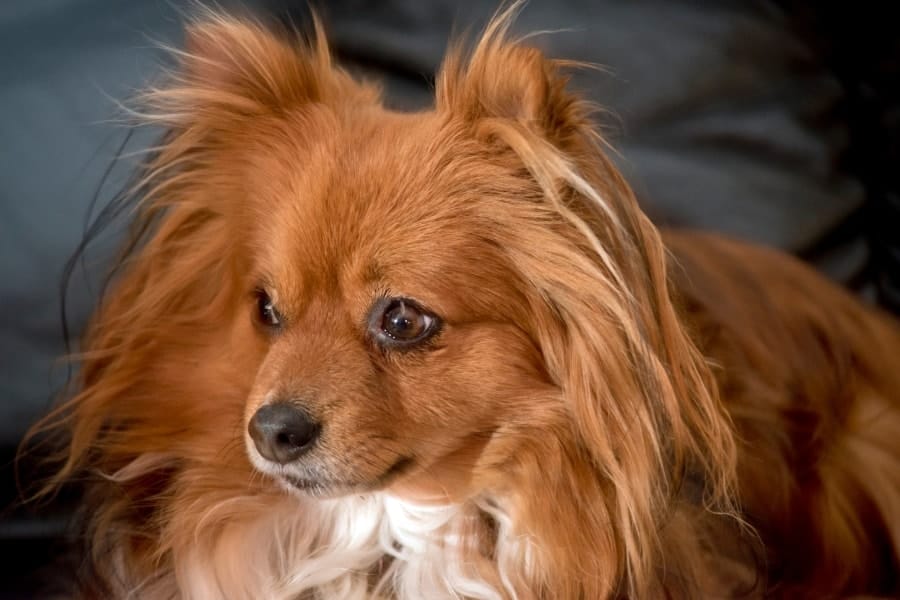 Most Pomeranians are happy and bouncy little fluff balls that bring out the best of those around them. Your Pomeranian is probably not much different! However, it’s not uncommon for Pomeranians to experience anxiety, especially separation anxiety, which poses the important question: “Can Pomeranians be left alone?”

Many Pomeranian parents struggle with the real situation of leaving home only to find out their Pomeranian had an elongated “freak out” or they entered a state of depression. This is no way for a Pomeranian to live, so being able to put your Pomeranian at ease and train them to understand that you’re leaving for a period of time is important.

Can Pomeranians Be Left Alone?

Not all Pomeranians have anxiety disorders, but the same question of “Can Pomeranians be left alone?” still pops up. That’s absolutely understandable because no Pom parent wants to put their Pomeranian at risk of being alone when it’s not advised.

Well, you’ll find it good to know that your Pomeranian can be left alone. Of course, you want to make sure that you leave your home in the right conditions for them to feel safe and comfortable, but, thankfully, that’s very easy.

Some of the ways to make your Pomeranian safe and comfortable before leaving them alone include:

If you’re leaving your Pomeranian alone for parts of the day, whether you’re going shopping, to work, or some short errand, going over this quick and simple checklist is already a huge win. It’s not only extremely easy, but it costs almost nothing more than you’d normally spend.

I’m a big proponent for making sure my Pomeranians have a nice bed to sleep and just relax in. For your Pomeranian, it’s kind of like a home base they know they can always go back to and call their own. My Pomeranians sleep in a Friends Forever Orthopedic Dog Bed (link to read reviews on Amazon). Not only is it incredibly comfy for my Pomeranians, but they’ve lasted forever and were very inexpensive.

There’s no doubt that while you’re out of the house, your Pomeranian is going to experience a spit of energy. By leaving out their favorite toys to play with, they’ll be able to expend all that energy playing with the toys they love most. It’s easy to know what your Pomeranians favorite toy is, so this is an easy win!

Like any living creature on this planet, Pomeranians need food and water to survive, so it comes to no surprise that leaving enough food and water is super important. You probably know how much your Pomeranian eats and drinks during a specific time period, so put a little extra based on how long you’ll be out. And in the summer, definitely leave extra water!

I know a lot of people already like to leave some of their lights on when they leave the house, so there’s an added benefit in terms of letting your Pomeranian know it’s safe. Most of the time I leave the house during the day, but I always leave some lights on in case I don’t make it back before sundown.

An effective way to keep your Pomeranian calm, cool, and collected, especially if they have separation anxiety, is to leave soothing or simple background music playing in your home at low volume. Kind of like leaving the television on during the day, you feel a bit more upbeat and have a slight distraction. I’ve found this to be very effective with my Pomeranians, so maybe it’ll work for you, too.

Depending on how your home is set up, you might not want your Pomeranian having free-reign around the house. If that’s the case, I suggest getting them a Carlson Extra Wide Walk Through Dog Gate (link to read reviews on Amazon) so you can safely restrict where they go. However, you want to make sure your Pomeranians can stretch out and walk around a bit. I use this gate to keep my Pomeranian’s in the living room whenever I leave them alone.

Last but not least, you don’t want to come home to any Pomeranian messes, so make sure your Pomeranians have regular access to their bathroom. Whether they go outside through a doggie door or they do their business on a pee pad, it’s important for everyone that they can freely use the bathroom.

Those are the easiest and most effective ways to make sure your Pomeranian feels safe and secure when leaving them alone at home. It’s also important to execute the same routine every time so your Pomeranian is aware that you’re leaving and also coming back. Consistency and regularity are key when effectively communicating with dogs and Pomeranians are no different when being left alone.

How Long a Pomeranian Can Hold Its Bladder

An adult Pomeranian can hold its bladder for up to a maximum of 8 hours, but don’t expect them to get to 8 hours. It’s not uncommon for adult Pomeranians to hit their limit at 6 hours then go straight for the bathroom. It should go without saying, but don’t test these limits with your Pomeranian if you want to keep them happy and healthy.

One of the best characteristics of Pomeranians is that they’re easily trainable, including potty training. Within a short amount of time (even in their puppy phase), you can be trained in the realms of housebreaking, heeling, and even performing tricks. The real key to training your Pomeranian when it comes to them holding their bladder is to be consistent in your efforts.

How to Help Pomeranian Separation Anxiety

Several extra steps on how to help Pomeranian separation anxiety include:

Being able to implement these very simple steps will help reduce your Pomeranian’s separation anxiety in a short amount of time. However, the most important part of all of this is to be consistent in your actions since dogs incredibly capable of picking up on patterns performed by their owners. As a matter of fact, this is one of the most important pillars to understand when training dogs, which is why it’s important when helping Pomeranian separation anxiety.