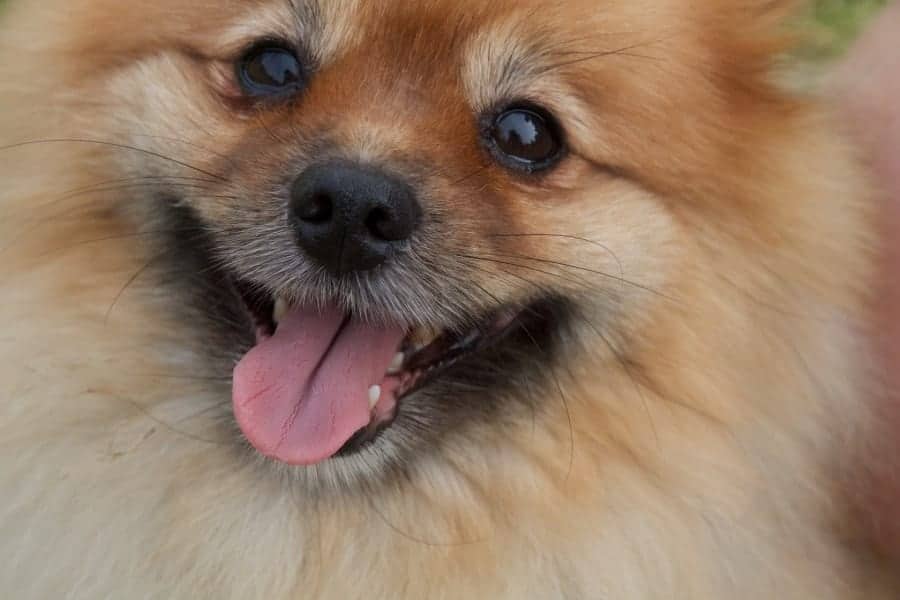 My family and I have a rescued Pomeranian, one we adopted from another family, and one we bought in a pet shop. Recently we were thinking of getting another Pomeranian, so I did a little research to find out how much we should pay.

Well, it looks like the prices for Pomeranians can really vary depending on who you buy from. But there are definitely ways to traverse between the cost ranges, so read on to learn more!

How Much You Should Pay for Your Pomeranian

Pomeranians are the cutest little things and they’ve played a major role in my family. They add so much happiness and life to every day, so it’s hard to imagine a world without them. When we got our first Pomeranian, she was just about 12 months old and we bought her from a local pet store. Here’s a quick look at the cost of a Pomeranian:

While she cost around $1,200, we know this price can vary between Pomeranians. If you’re considering buying from a pet store, make sure they’re well reputable and can refer you to past customers who’ve purchased dogs from them before. You should know that most likely you’ll be paying around $900 for your Pomeranian when at a store, but it’s so worth it!

If you decide to get your Pomeranian from a breeder, you should be aware that you’ll pay much more than the pet store. The reason this is the case is that breeders put a lot of effort and care to ensure the Pomeranians they breed are bred from generally good genes. They also know that some people buy Pomeranians so they can enter them into competitions, so ensuring a good breed is even more critical. They need to make sure their coat, skin, strength, and intelligence are on point.

A great option for buying a Pomeranian is through adoption. I’m a personal fan of this option because I’m not a stickler for having pure-bred Pomeranians and they’re much cheaper. One of the main issues with adoption is making sure your Pomeranian has had all their vaccinations and is fully registered. Whenever we adopt, this is usually not a problem, but it has popped up a couple times.

Now you might not know exactly where you’d like to purchase your Pomeranian, so let me shed a little light on how you can make your decision. If you want a pure-bred Pomeranian that you can enter into competitions and have a chance to win, you most definitely want to find a reputable dealer.

Some people have dogs shipped by mail when making purchases from a breeder, but this is so sad! Try to find a local breeder if you can. If you’re looking for a pure-bred but you’re not interested in dog show competitions, going to a pet store is a great choice. Finally, if you’re looking for the lowest cost while not caring too much about the Pomeranian’s genetic mix, go with adoption.

While the initial cost of a Pomeranian is clear, there are always on-going costs when adding dogs to your family as well as changes in their cost based on certain characteristics important to Pomeranian parents.

Other Costs When Owning a Pomeranian

For one, Pomeranians need to eat a certain amount of food per day, which is about a quarter (1/4) to one-half (1/2) cup of dog food per pound of your Pomeranian’s weight. Since the average weight of a Pomeranian is seven pounds, they should be eating between about 2 to 3.5 cups of food per day. Healthy, high-quality dog food should cost between $2 and $3 per pound of dog food. Therefore, each day you own a Pomeranian you’ll need to feed them anywhere between $1 and $6 per day, which translates to $30 to $180 per month.

Your Pomeranian also should be vaccinated so as to avoid any health issues throughout their lives. Of course, this can vary widely between dogs, but vaccinations should range between $20 and $120 per year.

Now there are other potential health costs associated with Pomeranians that are much more Pomeranian specific. Common Pomeranian health problems, such as luxating patella, collapsed trachea, and Patent Ductus Arteriosus (heart murmur), which can cost anywhere between $1,500 and $5,000 to fix.

Also, it’s important that you spay and neuter your Pomeranian if you don’t plan on breeding. Thankfully this is a very common and quick procedure costing no more than $250.

Now Pomeranians are also fairly prone to having bad teeth, which is similar for other small dog breeds. That’s why it’s important that you take your Pomeranian to the dentist at least once per year. A quick trip to the dentist isn’t too exorbitant when it comes to price and shouldn’t set you back further than $200 for a visit.

You might be wondering about groom costs since your puffy Pomeranian should stay puffy and trimmed. Well, that’s one of the most common costs associated with Pomeranians and can cost between $30 and $50 for an average grooming. I think there are some fancier places to take your Pomeranian, but I’ve never spent more than $50 at a time. Maybe I’ll spend more if I give them mohawks!

The Best Time of Year to Buy a Pomeranian

The market for puppy purchases starts to heat up around late Spring and goes on until late Summer. This is likely due to the fact that people start to see lots of people out with their dogs during these times, so it’s kind of like puppy advertising. And when children see the dogs playing and having fun, they just have to have one.

The best time to purchase your Pomeranian is during the down-seasons, which are during the beginning of Fall all the way until early Spring. This can save you big bucks when purchasing your Pomeranian. However, you should be aware that November and December could show an increase in prices due to Christmas being right around the corner.

How Age Affects the Price

You’d think those older and wiser Pomeranians would be in high demand but guess again. Age most definitely affects the price of your Pomeranian, so if you’re looking to save money, it would be wise to purchase on older Pomeranian. “Old” could be categorized as any age after eight months or eight years, but eight months appears to be the secret number. An average Pomeranian lives to be about 15 to 16 years old.

Now the thing with older Pomeranians, they’re cheaper at the initial time of purchase and they’re cheaper when it comes to on-going costs. Why? First, there’s just a huge demand for puppy Pomeranians, so the older you get, the cheaper. However, if you’ve ever had an older before you’d know they don’t need as much food, they’re likely already potty trained, they’ll have their vaccinations up-to-date, and they don’t need as heavy supervision when compared to a younger Pomeranian.

It’s important to note that if you decide to purchase an older Pomeranian, you should be very careful to obtain that Pomeranian’s health-related paperwork. That includes all vaccinations and care taken by a veterinarian. You don’t want to purchase a cute, cuddly Pomeranian only to find out later there are a bunch of costs that you need to pay for because the previous owners never took care of them properly.

Color Makes a Difference in the Price

This was a big shocker for me, but apparently the color of your Pomeranian does affect their purchasing price! While all Pomeranians are relatively expensive when compared to other dogs, the rare color combinations are the deciding factor on the Pomeranian color premium.

The most common color among Pomeranians is orange with a little cream color, so these Pomeranians are generally the least expensive. Things start heating up in terms of prices once you get to the more solid colors. For instance, solid white and solid black Pomeranians are easily some of the most expensive kinds of Pomeranians out there because they’re relatively rarer.

How much does a teacup Pomeranian cost? Teacup Pomeranians can cost between $500 and $1,500 on average, while higher prices can range anywhere between $4,000 and $10,000. These prices are fairly similar to normal-sized Pomeranians, but can usually be greater.

How much is a Pomeranian Husky? A Pomeranian Husky (or Pomsky) can cost anywhere between $1,500 and $5,000 on average. This unique mix of breeds has become a popular mix and generally demands a greater price compared to Pomeranians or Huskies alone.