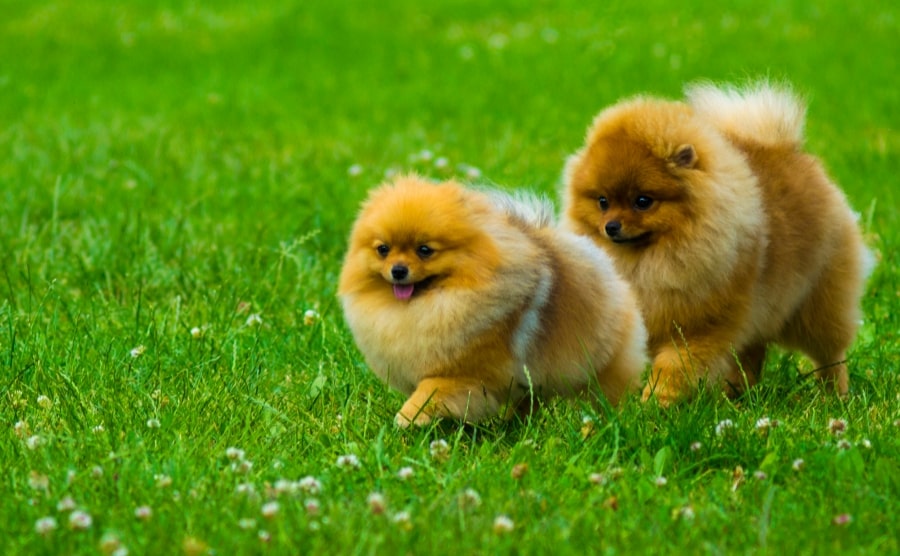 Whether you’re considering adopting a Pomeranian or you just bought one from a breeder, the most important decision you will have to make is to neuter your dog. While I hated the thought of getting my Pom neutered, I knew it was extremely important for him to live a healthy life.

10 Benefits of Neutering Your Pomeranian

There’re plenty of different reasons why you should get your dog neutered, but the most important one is to give them a better quality of life. This procedure is carried out under anesthetics, which means your Pom won’t feel a thing. Let’s take a look at the benefits of neutering your Pomeranian.

1. Your Pomeranian Will Live a Healthier and Longer Life

Neutered dogs live happier, healthier, and longer lives because they’re less susceptible to diseases, infections, and fatal conditions. They won’t be exposed to a violent or traumatic death. Also, your dog won’t experience as many behavioral issues as he normally would, which means he will be safer at home without you having to worry about him when you’re not looking constantly.

2. Your Dog Will Be Less Prone to Serious Infections

Prostate and testicular diseases are serious conditions in male Pomeranians. If you don’t notice these types of diseases in time and don’t take him to the vet to get treatment, it can be fatal.

Once the testicles have been removed, your dog can no longer develop these diseases. So, this procedure completely eliminates the chance of potentially life-threatening diseases. Another problem for male Pomeranians is difficulty defecating or urinating as they get older.

The older he gets, the higher the chance of contracting any of these diseases. With neutering, not only do you avoid these issues, but you also avoid common prostate hyperplasia, which is a disease that makes the prostate bigger. If you want to avoid all of these diseases, you must neuter your dog; there’s no other way.

3. Your Pomeranian Will be More Affectionate Towards You and Others

Many dogs before they get neutered may not be friendly. Even though Pomeranians, in general, are extremely friendly and cuddly creatures, from time to time, it’s possible to run into a dog that doesn’t want to cuddle that much. Neutering can change your dog’s habits, in a way, and make him more affectionate towards you. He will turn into a loving and caring companion.

4. Your Pomeranian Will Behave Better After the Procedure

Your dog’s behavior is expected to change after neutering. He will not urinate at home all the time to try and mark his territory. He won’t display any mounting behavior anymore, and the reason for that is his focus. After neutering, Pomeranians will most likely be better focused and less distracted by unneutered Pomeranians.

As a result, they can behave better outside and be easier to train. Another problem you will be free of is running outside. Many dogs escape because it’s their time to mate; of course, your Pomeranian is no exception. But, if you let him out of your sight, for even a moment, he can get hurt.

If you neuter your dog, you don’t have to worry about it anymore, since he won’t be roaming around outside to look for a mate.

5. Your Dog Will Less Likely Bite You

After neutering, your dog will be calmer and less likely to bite you. This would be a great thing, especially if your Pomeranian was not that friendly before. Unneutered animals have temperament issues, and they’re more likely to start a fight and get angry. With neutering, all of these problems can go away.

6. You Will Avoid Problems Around the House

When a male Pomeranian wants to mate, he will dig holes in the garden, try to escape to find a mate, or break things around the house if he feels trapped. This type of behavior exposes your dog to risks and serious injuries, like getting hit by a car or get hurt somewhere.

7. You Save Money From Not Taking Care of Little Puppies

The operation itself is not cheap. But, if you plan to breed your dog with a female and keep the puppies, you should expect to spend a hefty sum. Taking care of little Pomeranians is very expensive. They are vulnerable dogs that require attention, regular vet checks, vaccinations, a good diet, and more.

Plus, you will be spending a lot of medical costs, feeding, and bedding. So, getting the dog neutered is a lot cheaper than letting them breed.

8. You Don’t Take More Than You Can Chew

Taking care of a Pomeranian is a full responsibility; not many can handle it. If your dog mates with a female and have a litter of puppies, you need to take good care of them. Otherwise, they will be more vulnerable to diseases and infections that can threaten their life.

If you can’t handle that much responsibility, it’s best to neuter your dog to reduce the number of pets you will have to take care of.

9. You Control and Limit Pet Overpopulation

Millions of dogs and cats don’t have a home. These strays can breed and have a litter of babies they can’t take care of. Once these babies are exposed to the outside world, they are vulnerable to accidents and can die. The same applies to adult strays. To avoid this from happening, it’s important to neuter your dog to not let them breed.

10. Your Pomeranian Doesn’t Have to Mate to Feel Loved or Fulfilled

There are hundreds if not thousands of unwanted animals that end up in shelters. Not all of them get a loving home. Even if your Pomeranian wants to mate, that doesn’t mean you should let him. Instead, you can shower him with love and make a responsible decision. He will still be happy without mating with a female.

When Is My Pomeranian Ready to Be Neutered?

Every Pomeranian is different and your vet will recommend this procedure depending on your dog’s health and age. Typically, vets suggest that you get your dog neutered when they’re between 4 or 9 months old. You will probably have to neuter your male Pomeranian after they have reached puberty.

Complications are rare, but they can happen. Some of the most common ones are:

Neutering your Pomeranian can have numerous benefits for their overall health. Not only does it protect them from potentially deadly diseases, but it also helps them live longer. Their behavior is expected to change for the better, so you no longer have to worry about your house when you’re gone.

In the meantime, you get to save plenty of money on medical costs and to take care of puppies. While complications for this procedure can happen, luckily for all of us, they are extremely rare. This procedure is one of the best things you can do for your pet if you don’t plan to breed them.