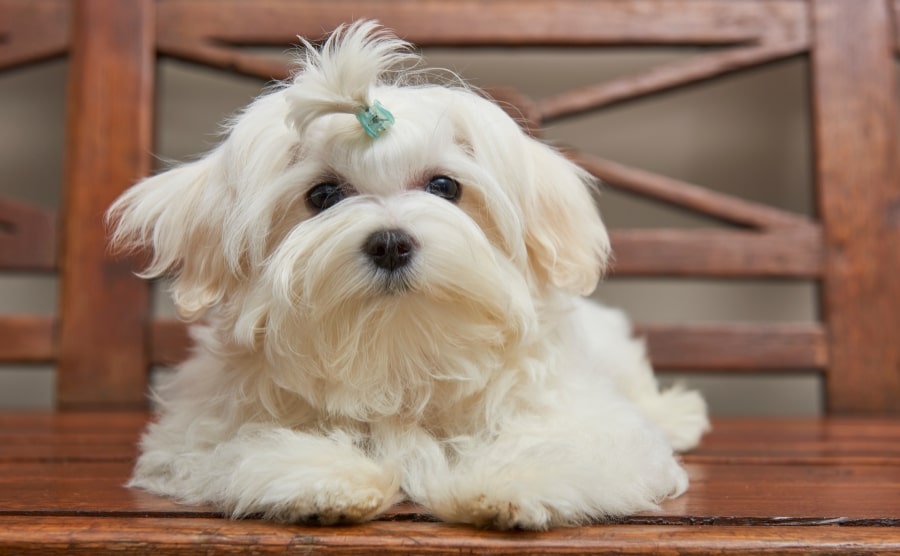 Pomeranians and Maltese are one of the cutest toy breeds. As a Pomeranian owner, you might be thinking about getting a Maltese as a second dog. However, you might be worried that these two dogs might not get along together.

So, how do Pomeranians and Maltese get along together? It’s hard to say because it depends on the unique temperament and character of both dogs. But there’s no reason for them not to be friends if you introduce them properly to one another.

So, do Pomeranians and Maltese get along with other dogs and how to make them like one another? Keep on reading to find the answers.

Do Pomeranians and Maltese Get Along with Other Dogs?

So, when we’re talking about how Pomeranians and Maltese would get along, we have to consider how dog friendly they are.

People often assume that when a dog is affectionate to people, they will be friendly to other dogs. However, a lot of breeds are happy to be around strangers but would go crazy the moment they spot another dog.

Pomeranians are so fluffy, cute, and affectionate that you automatically assume they will be as friendly to a dog as they’re to you.

It might be hard to believe, but many Pomeranians don’t play well with other dogs. They do fine with cats and other pets if you raise them together.

So, why are other dogs a problem for your Pomeranian? For once, Pomeranians bond closely with their owner and might get jealous of another dog. They don’t like it when they have to share attention and can be possessive of their toys, food, and territory.

In addition to this, some Pomeranians often see themselves as the leader of the pack. As such, your Pomeranian thinks that it’s their job to protect the house and you.

Despite their tiny bodies, Pomeranians have a fierce spirit and don’t realize how small they’re. As such, they won’t hesitate to challenge another dog no matter how big or small they’re.

That’s why all Pomeranians need extensive socialization to get along well with other dogs and curb their natural suspiciousness.

Do Maltese Get Along with Other Dogs?

Gentle, affectionate, and playful are words people often use to describe this fluffy dog. They’re excellent companion dogs because they’re eager to please, learn commands quickly, and love to cuddle.

The Maltese might be one of the smallest toy breeds, but they’re fearless. Fortunately, most Maltese dogs assume that all people and animals they meet are friends. As such, the Maltese tolerate other dogs better than Pomeranians.

However, it still depends a lot on how well-socialized your Maltese is and if you’ve spoiled them. Spoiled Maltese often think of themselves as the leader of the pack, and they won’t be likely to share your attention with another dog.

Moreover, the delicate Maltese gets very protective of their people and territory at times. They might bark and even bite if pressured.

While Maltese might look fragile, they don’t know that they’re small dogs and won’t back off a challenge without a fight. Sounds familiar, right?

How Would Pomeranians and Maltese Get Along Together?

So, we have two small dogs that love their owners and can be a bit needy and jealous at times. Can they get along? Yes, they can.

However, it will require efforts on your part so that neither dog feels ignored or replaced. There might be fights about who should take your lap or who should cuddle next to you.

So, you will have to find a balance that makes all three of you happy. To help you, here are some tips to help your Pomeranian and Maltese to get along.

Most specialists recommend that you get a puppy of the opposite sex to your dog instead of an adult dog. Your grow-up Pomeranian won’t see your puppy as much of a challenge to their position in the household.

Moreover, dogs of the same sex tend to get aggressive to one other because they have to determine their position in the pack.

Since both Pomeranians and Maltese can be jealous and aggressive towards other dogs, you have to socialize both of them. Puppies are open to new experiences for a very short time, so don’t delay it.

Go to the dog park, enroll in obedience classes, have friends bring their dogs over – all these things will help your Pomeranian or Maltese to accept other dogs when they get older.

3. Establish Yourself as the Leader of the Pack

Since both Pomeranians and Maltese are tiny and delicate, owners tend to spoil them and let them get away with misbehaving. That’s a mistake.

If you let your Pomeranian or Maltese think they’re the alpha, they’ll boss you around and refuse to answer your command. Moreover, they will fight for the position of a top dog and might hurt each other.

So, establish your rules and don’t back off when your Pomeranian or Maltese test those boundaries.

Always introduce Pomeranians and Maltese in a neutral area. Otherwise, your current dog will be focused on protecting their territory, not getting to know the other dog.

Allow your Pomeranian and Maltese to exchange greetings and pull them back if you notice signs of aggression. Reward both dogs with treats when they’re not interacting.

Often Pomeranian and Maltese might get possessive over toys, food, or sleeping places. As such, your new dog should have a separate sleeping spot, bows, and toys.

Moreover, you have to feed your Pomeranian and Maltese in different rooms or their playpen. You don’t want to encourage any resource guarding.

What to Do When Pomeranians and Maltese Don’t Get Along?

So, you’ve got a Pomeranian and Maltese at home, but they aren’t getting along. Can you do anything to fix it? Here are some tips to try.

When your Pomeranian and Maltese fight, you should think about what happens before the altercation.

Sometimes your Pomeranian gets stressed by an outside trigger and starts barking. Your Maltese perceives this behavior as a threat and reacts defensively.

Find and remove these triggers to ensure a peaceful co-existence.

A bored Pomeranian and Maltese are more likely to get into fights. Provide plenty of walks to tire your dogs so that they don’t have the energy to pick a fight.

Moreover, dogs feel happy when they’re exercising because their bodies produce a lot of “happy” hormones. As such, they will connect the presence of the other dog with something pleasant and rewarding.

Both Pomeranian and Maltese are smart dogs and easy to train because they like to please you and gain your approval.

So, engage your Pomeranian and Maltese in obedience training every day. It will help all of you bond and make sure that your dogs listen to you when you try to separate them.

4. Learn How to Respond to Jealousy

There’s one thing your Pomeranian and Maltese have to share – you. So, they might fight for your attention and the right to be in your lap.

While some people might say to let your Pomeranian and Maltese sort it out, I don’t recommend it. Both are fearless and likely won’t back off.

One strategy for dealing with jealousy is to support one of the dogs to establish their position over the other. You do that by giving your chosen dog attention and food first.

The other involves teaching your Pomeranian and Maltese that they have to answer your commands if they want to get your attention. That shows your dog that fighting only gets them ignored.

Pomeranians and Maltese can get along together well if you introduce them properly and maintain your position as the leader of the pack. Don’t spoil them, or you’ll give you a hard time.